Star Chart for VR is available now on the Gear VR & Carboard (iOS & Android), and it's the ultimate virtual reality experience!

Explore the Solar System in a profound, beautiful and accurate real-time simulation. From the Sun to the smallest moons of Saturn and out to the coldest, darkest, farthest reaches of Pluto. You can gaze down and marvel at our Solar System from above, or look up in wonder at the rings of Saturn. You can feel the awe of floating in space around worlds no human has yet set foot on. Understand how the constellations of our night sky are made up of stars distant to each other in both space and time. Embrace the impossible distances of our solar system and the inordinate scale of our universe. 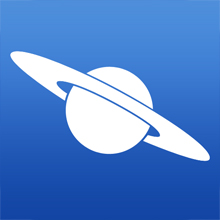 Star Chart brings the beauty and magic of the night sky to life via the latest technology. More than 12 million people have downloaded Star Chart on various mobile platforms since launch (nearly 8M in the last year alone), and we are now very proud to have brought the very best version of Star Chart yet to Google's latest tech offering: Glass.

Our intention with Star Chart is to let anyone explore, marvel and learn about the visible universe as effortlessly as possible. The intuitive interface of Glass has made the already simple task of using Star Chart to star gaze even more seamless.

Written from the ground up for Glass, Star Chart uses a variety of technologies to reveal the mysteries of the night sky. GPS, compass, gyroscope, accelerometer, voice activation, powerful processing and text-to-speech all combine to inform users about the celestial objects they are looking at, whether they be constellations, stars or planets.

Simply say “OK Glass. Explore the Stars” and Star Chart will overlay a visual representation of the night sky into your Glass display, identifying the entire night sky. With the new text-to-speech API Glass can also speak directly to the user, imparting interesting facts about the brightest objects in the night sky.

“One of the joys of working on Star Chart is the ability to create the future. Glass is the sort of technology we’ve read about in our favourite science fiction novels and until recently only dreamt of making. Experiencing Star Chart on Glass is in many ways surreal even for those of us who coded it!” says Chris Walley, creator of Star Chart and co-director of Escapist Games.

Star Chart: A window into the visible universe. 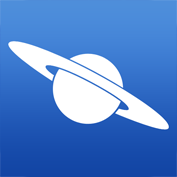 Can’t see the moon? Want to know where it is? Look through the eyes of your device to see a virtual window into the whole visible universe.

Using state of the art GPS technology, an accurate 3D Universe, and most of your smart phone's high tech functionality, Star Chart calculates – in real time - the current location of every star and planet visible from earth and shows you where they are; even in broad daylight, or 100 feet underground!

Want to know what that bright star is called? Point your compass enabled device at it – you might just find out it’s a planet! Want to know what the night sky looks like to people on the other side of the earth? Well just point your device down! Want to know where your star sign is in the sky? Look no further than Star Chart, it’ll tell you all this and more. Now you can have a virtual star chart in your pocket! All you have to do is point your device at the sky and Star Chart will tell you exactly what you are looking at.

Nuclear: The building blocks of our universe 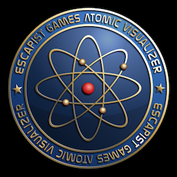 Nuclear is available on the iOS App Store.

Nuclear is a high tech educational application that dynamically models an interactive atom in a beautiful and intuitive way. In Nuclear, you get to build all the elements of the periodic table via a simple mechanic of adding and subtracting the atomic building blocks of neutrons, protons and electrons. The goal of the app is to let you learn about each of the elements of the periodic table by constructing a stable version of that element. Once a stable element has been created, it is unlocked in the periodic table. Can you create and unlock them all?